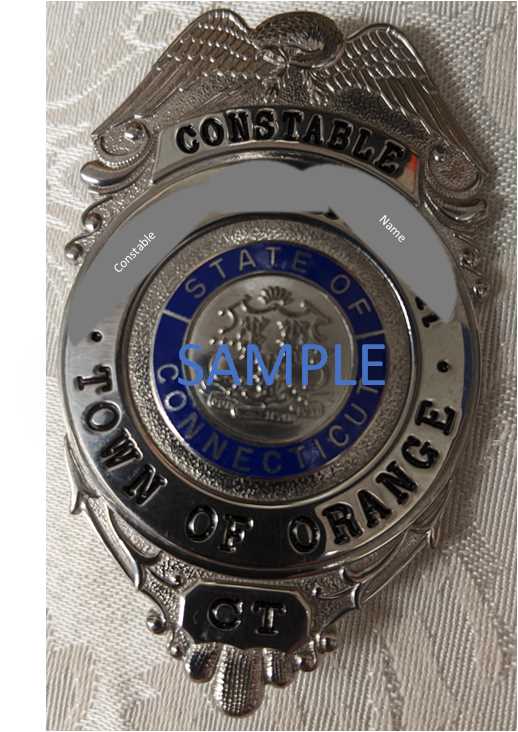 Constables have a long tradition in the various Towns and Cities of CT.

Per: The Connecticut General Assembly, OFFICE OF LEGISLATIVE RESEARCH

Constables are elected during the regular municipal elections for two year terms. Towns cannot elect more than seven constables each, except Groton which can elect up to 14. The law prohibits judges, except judges of probate, from holding the office of constable (CGS § 7-87). When the number of constables to be elected is an even number, no person is allowed to vote for more than one-half the number. In cases when the number is an odd number, the person cannot vote for more than the basic majority of the number (CGS §§ 7-187 and 200).

The elected constable is required to take a proper oath of office prior to beginning his term. In addition, elected constables are prohibited from receiving a license to serve alcoholic beverages (CGS §§ 7-87, 30-45).

There are a number of duties of elected constables that are very clear under the statutes.

Constables may serve and execute any and all civil process (CGS § 52-50) and they have the same power in their towns when doing so as sheriffs, as well as the same liability for neglect in doing so (CGS § 7-89). The statutes establish and authorize fees and expense payments to sheriffs and constables who serve process (CGS §§ 52-261 and 261a). The statutes specifically mention certain types of summons that can be served by constables: mechanics liens (CGS § 49-35a), prejudgment remedies (CGS § 52-278c), attachments (CGS § 52-325a), and postjudgement procedures (CGS § 52-350(a)(12)). Constables are also authorized to serve redevelopment agency compensation notices (CGS § 8-129).

The statutes authorize constables to take possession of decedents' estates in certain circumstances and at the direction of the probate court (CGS § 45a-316). They are also directed to serve probate court notices in certain types of cases: to respondents in sterilization cases (CGS § 45a-693) and for hearings on conservatorships and guardianships of mentally retarded persons (CGS §§ 45a-649 and 671).

Constables may command necessary assistance in the execution of their duties from any person (CGS § 7-90).

Constables can serve tax warrants in any part of the state and they may be authorized by a local tax collector to collect taxes due the municipality (CGS §§ 12-135 and 162). They are also included in the definition of “serving officer” in the statutes on state collection agencies for state taxes (CGS § 12-35). They may also be directed to file a distraint (seizure) order against the property of a delinquent lottery sales agent (CGS § 12-569).

The sheriff may authorize constables, in place of deputy and special deputy sheriffs, to "attend” the Superior Court when it is transacting business (CGS § 51-30) and constables must be paid $20 per day when attending such courts (CGS § 6-41).

... And the statutes specifically provide that “ no constable elected pursuant to the provisions of section 9-200 shall be considered a peace officer for the purposes of this subsection (which governs warrantless arrests), unless the town in which the constable holds office provides, by ordinance, that constables shall be considered peace officers” for these purposes.  The Town of Orange has no ordinance authorizing "Peace Officer" status to our Constables.